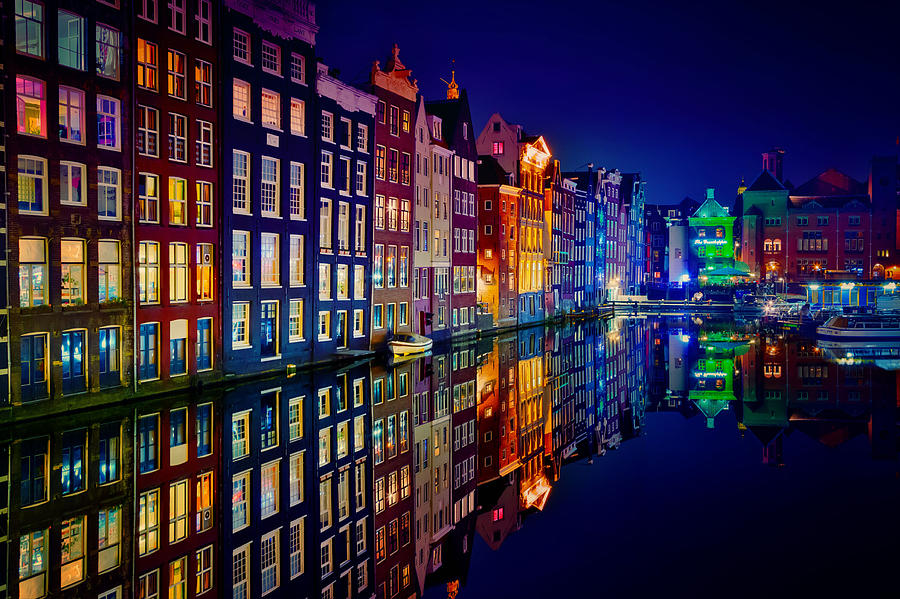 Amserdam reflections. Amsterdam is the capital city of and most populous within the Kingdom of the Netherlands. Its status as the Dutch capital is mandated by the Constitution of the Netherlands though it is not the seat of the Dutch government, which is The Hague. Amsterdam has a population of 813,562 within the city-proper, 1,112,165 in the urban region and 1,575,263 in the greater metropolitan area. The city itself, contrary to the bureau of statistics in The Hague, calculates the number of inhabitants in the greater metropolitan area to be 2,332,773.[10] The city is located in the province of North Holland in the west of the country. It comprises much of the northern part of the Randstad, one of the larger conurbations in Europe, with a population of approximately 7 million.

love it ...pinned and favorited as well.

Your images are amazing... Love them!